From a military fort to a family property

In the heart of Bordeaux vineyards, on a hill overlooking the Dordogne, lies our property. It is in the family since 1899 Rozier.

The center of the main building, with its slate roof, dates from the fifteenth century. At that time the castle was a military fortress with a moat and a drawbridge probably. The leak, which is a few meters from the castle, had to be a guard tower. We found several clues that prove it.
In the eighteenth century the fort was turned into a noble house. During the late 1780, the wings of the castle were added, the windows were pierced and the slate roof was added. The castle is a magnificent building with nice outbuildings for men and livestock.

The property retains its character with its fortress wall around three kilometers that protects the vines, its tower transformed into dovecote and its imposing facade.
But the sweetness of limestone, the double helix staircases and outbuildings that form a backdrop to the end of the driveway make it a unique charming property.

You can find the castle's history through old photographs with the book ArHalshed by The ARHAL (Historical and Archeological Association based in Saint-Laurent d'Arce) available at the tourist office website: OT-Cubzaguais 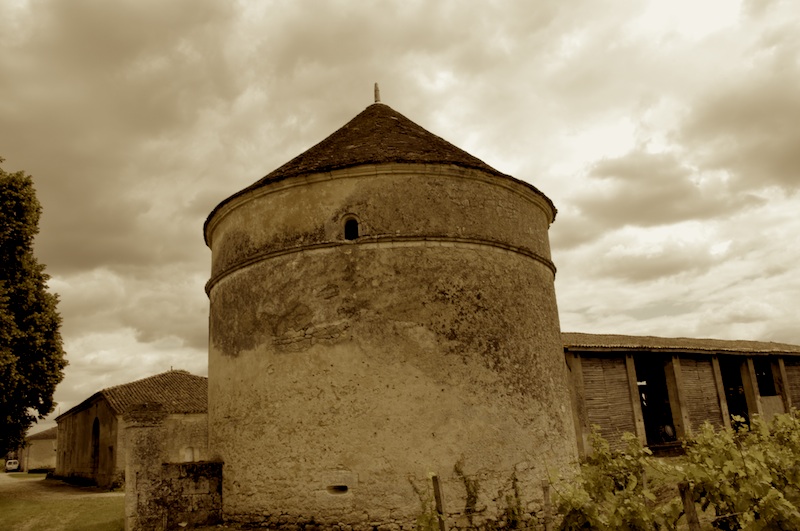